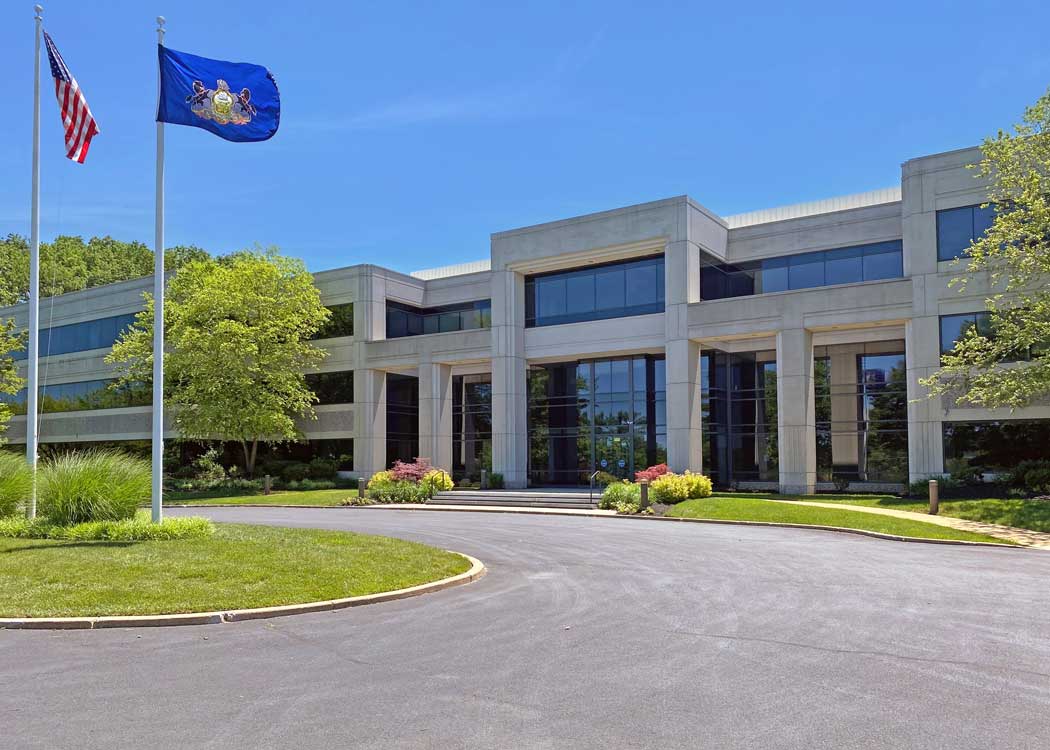 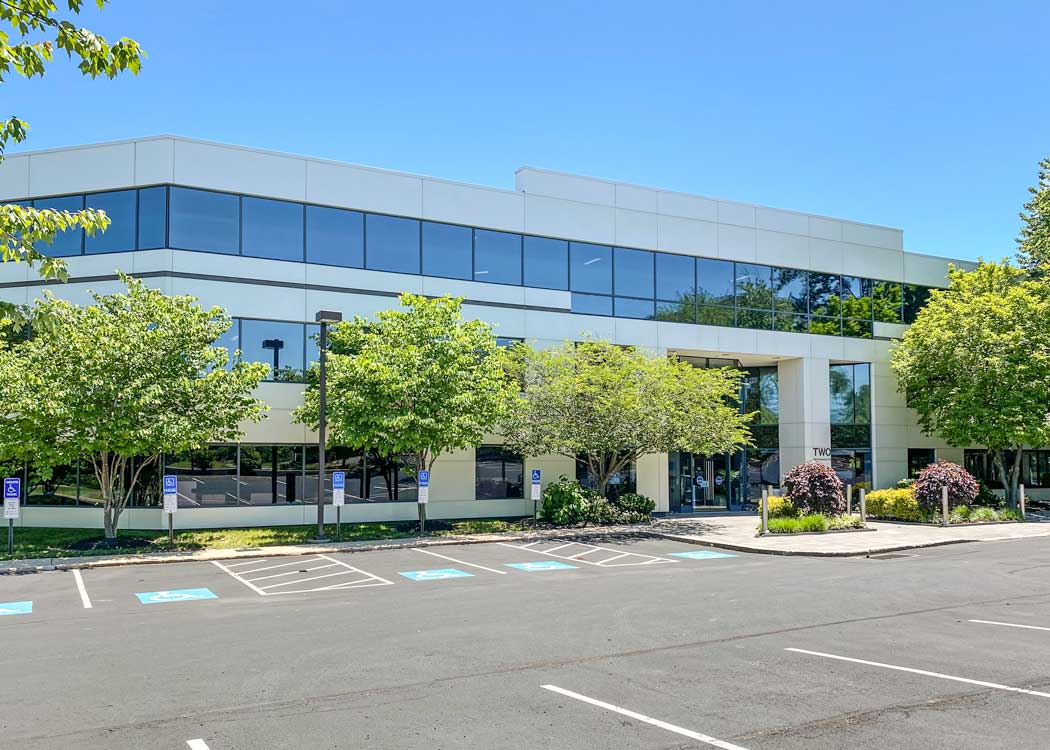 Mark Gola was instrumental in securing an early termination of the Malvern lease in preparation for the Southpoint 2 consolidation, and project manager Kim Kelley excels at making me look good by handling all of the nitty-gritty details inherent with projects that move hundreds of people from one or more locations to a new one.

With 2,000 physicians and 11,000 employees, Main Line Health (MLH) serves the western suburbs and portions of Philadelphia via four of the region’s most respected acute care hospitals and a rehabilitation hospital. Various corporate departments supporting the health system’s medical mission and internal operations are housed in five buildings in three locations comprising more than 275,000 square feet of administrative space. Two of those buildings—Southpoint 2 and Southpoint 3 at 1180 and 1160 W. Swedesford Road, respectively—define the system’s real estate portfolio in Berwyn and are at the heart of this story, which began in 2015 and concluded in September 2020.

Launched in late 2015, the PIVOT (Promoting Innovation by Valuing Organizational Transformation) project represented a systemwide transition to a comprehensive clinical and business software platform that would foster organizational transformation and ready Main Line Health for a new era in healthcare and patient service. The effort required assembling a PIVOT team of 135 people and accommodating the group in 31,500 square feet of leased space in Malvern.

Fast forward to late 2018, when planning began to relocate the PIVOT group from Malvern to Southpoint 2 when their task was complete. The move would enable MLH to shed the extra lease and integrate all IT functions in one building, where 155 people in the legacy IT group already occupied the entire third floor and a portion of the second floor. In December 2019, MLH received a space plan from Polek Schwartz Architects that accommodated the PIVOT group on the 20,300-square-foot first floor of Southpoint 2. Shortly thereafter, with construction underway, the novel coronavirus pandemic hit.

According to Main Line Health’s System Director of Planning and Design, Doug Williams, it was a game-changer. “It was ironic that the group was called ‘pivot,’ because that is exactly what we had to do,” he explained. A new space plan was executed that slashed occupancy from a maximum of 140 workstations to 65—a 46% reduction. Further, the new plan incorporated a combination of 13 conference and collaboration areas, versus six in the initial plan.

When asked whether the revised Southpoint 2 space plan would revert to the original 140-person plan once the pandemic is past or under control, Williams responded, “No, this is a long-term plan for the IT staff. We have found working from home to be successful for them, and we will continue to go this route. At the moment we have a task force looking at work-from-home policies for all corporate groups at Main Line Health as we, like every other company and organization in the country, attempt to sort out what we are going to do to adapt to the current situation and what we think the future might hold.”

Williams described other revisions to the plan to promote safety, should employees choose to work from the office: “Aided by Kim Kelley of Gola’s project management team, our new approach created circulation around the perimeter window walls and cut conference room seating by 50%. We also decided against off-site storage for all the extra chairs we now have in meeting rooms, and instead invested in inexpensive and easily applied branded cling strips with a social distancing message.”

Main Line Health is taking a similar approach to new space for other corporate groups that will soon be occupying the 3809 building at Ellis Preserve in Newtown Square. There, in addition to adding frameless glass stack-ons atop shared workstation panels as an additional barrier between sit-stand desks, workstations were reoriented so that everyone faces in the same direction.

The not-for-profit health system has been serving portions of Philadelphia and its western suburbs since 1985. Three corporate office locations augment four of the region’s most respected acute care hospitals–Lankenau Medical Center, Bryn Mawr Hospital, Paoli Hospital and Riddle Hospital, as well as one of the nation’s premier facilities for rehabilitative medicine, Bryn Mawr Rehab Hospital. A team of more than 10,000 employees and 2,000 physicians care for patients throughout the system’s continuum of care. For more about Main Line Health, click here.

Subscribe to our newsletter for insights, information and inspiration!